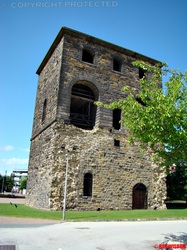 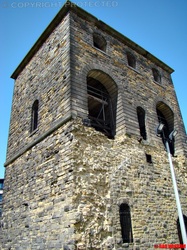 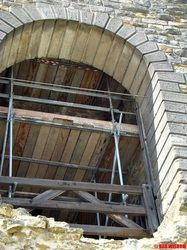 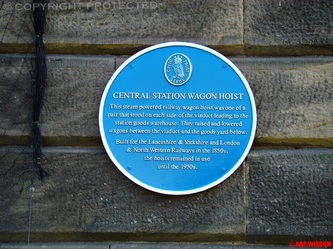 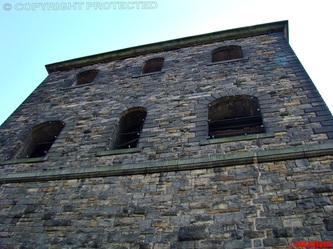 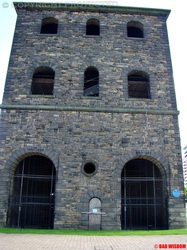 This steam-powered railway wagon hoist was one of a pair that stood on each side of the viaduct leading to the station goods warehouse. It was one of two goods hoists that brought wagons down from the high level viaduct to the low level goods yard next to Central station that was built where the Royal mail building now stands. Built for the Lancashire & Yorkshire and London & North Western Railways in the 1850s, the hoists remained in use until the 1950s. The station & yards closed in 1967.
Apart from the half viaduct & goods hoist the only other reminder of its railway past is a G.N.R stone on the Wellesley building frontage. The Wellesley was formally known as the Great Northern Hotel, it is now City Central. All the staircases are marked with GN all the way through.
The top two floors were destroyed in a fire in 1906, often referred to as the Great Fire of Leeds.
There was a third tower near to Whitehall Road, according to the book, Railway Memories (Leeds) by Peter Rose, published by Bellcode Books.