The brewery was founded in 1822 by Joshua Tetley in Leeds, leasing an existing brewery from William Sykes for £400, located in Salem Place. Tetley's grew to become a large integrated regional brewery company with a number of tied public houses and was the world's largest producer of cask ale. Tetley's is among the ten highest selling beer brands in the United Kingdom, but nevertheless, sales in 2010 were less than half of those in 2004.

Tetley’s bought its first two pubs in 1890. Only one remains today, The Fleece in Farsley. The other, the Duke William, which was in Tetley’s yard, was "unceremoniously demolished" by Carlsberg in 2002.

In 1911, Tetley's challenged escape artist Harry Houdini to escape from a padlocked metal cask of ale. Houdini accepted this challenge; however, it proved too much for him and he had to be rescued from the cask. 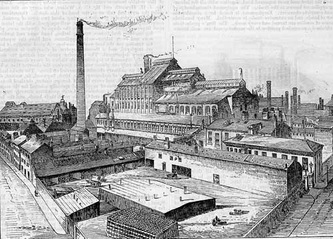 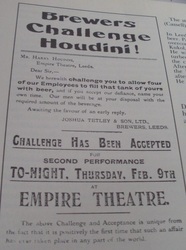 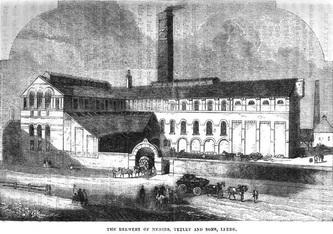 In 1932 the Market Tavern, next to Leeds' Kirkgate market was leased by Leeds City Council to Tetley’s for £550 a year. The council had higher offers from two other breweries, but opted for Tetley’s “because it sells the most popular brew in the view of the Corporation”.

At its peak during the 1960s, Tetley owned over 1000 tied houses in Yorkshire alone, and 2000 across the country. At its height, the brewery employed over 1000 workers.

An impartial customer survey in the 1980s concluded that Tetley had achieved an almost irrational level of customer support, particularly in West Yorkshire, in part because of traditional loyalty, partly because of highly effective television campaigns such as the Tetley Bittermen, and also because of a consistently high quality product.

By 1996, Tetley Bitter was overtaken by John Smith's in terms of sales, and has retained the number two position ever since. This is largely attributed to Tetley's ineffective marketing campaigns.

In 1998 it was taken over by Carlsberg, who had previously held a 50 per cent stake in the business. In 2004 Tetley was dropped from the Carlsberg-Tetley name.

In 2006, Tetley's sold 185 million pints of beer in pubs. This would fill 42 Olympic-sized swimming pools. In the same year, the brewery's famous dray horses were retired. They had made deliveries to pubs around Leeds.

In December 2010 production of Tetley's cask products was transferred to Marstons/Banks's brewery in Wolverhampton. Tetley Smoothflow will be brewed by MolsonCoors' in Tadcaster and Tetley keg Dark Mild, Mild and Imperial will be brewed by Cameron's of Hartlepool.  All other products such as Skol were transferred to Carlsberg's Northampton plant. Leeds will retain a Tetley's distribution centre at Tingley. 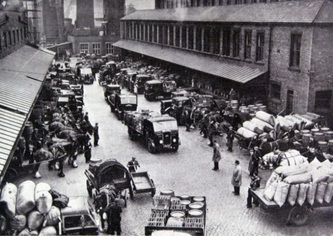 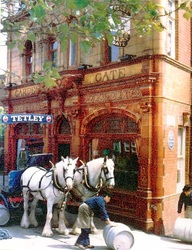 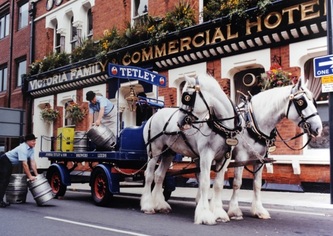 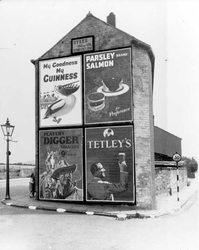 This was an ambitious but short-lived venture.  Opened on 19 March 1994 the museum closed after just six years on 7 April 2000. The tour consisted of a medieval ale house, sixteenth century Elizabethan inn, a Jacobean coaching inn, through to a Georgian tavern, Victorian pub and Edwardian tavern, through a 1940s wartime pub and finally a 1950s pub. Sound effects, blasts of wind and engaging actors and actresses and of course the Shire horses completed the experience. An additional tour through the actual brewery itself was an option as well. Reasons for its closure vary. On the one side were the pressures of modern and commercial redevelopments around the Wharf, with offices, shops and cafes opened nearby.  However, public interest in the museum must also be taken into account. Such industrial tours were ‘a proven way’, wrote the planners, ‘of promoting brand loyalty’ with the English Tourist Board having marked the year 1993 as ‘Industrial Tourism Year’. However, perhaps the museum can be paralleled with the recent Leeds CitySightseeing Tour Bus in that it does not quite   – at least in the eyes of the people of Leeds -  fit in . . . .
(Source: http://civicleeds.wordpress.com/tetleys) 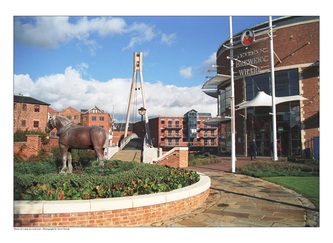 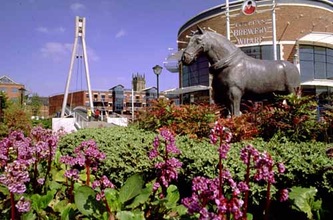 The present and the future..? 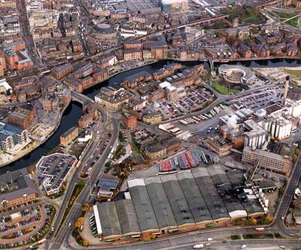 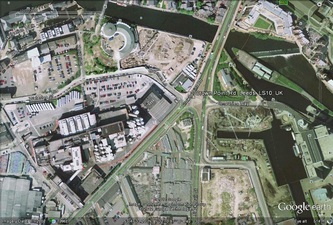 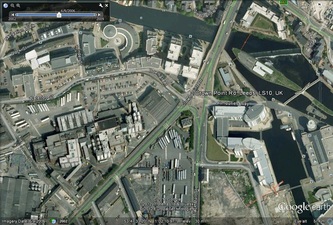 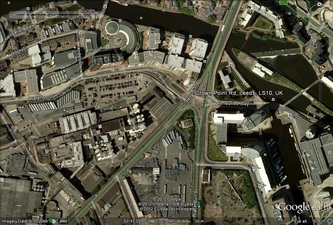 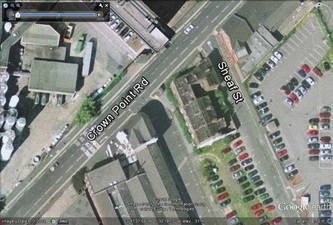 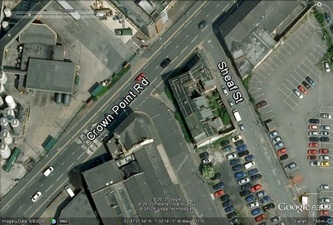 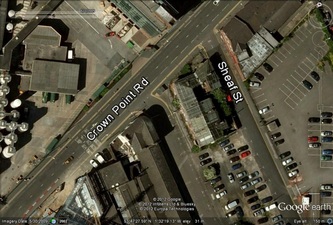 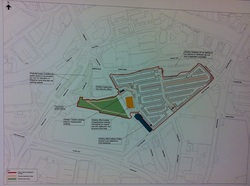 It's a new centre for contemporary art and learning called The Tetley.