Why is this set of houses important?
16 -18 Crown Point Road and 37-39 Hunslet Road where formally a pair of semi-detached houses built 1850-1866 but sometime in the 20th Century they were altered to 5 houses which are now grade II listed. The listing describes the group as important with “blind” back-to-back houses on the Crown Point Road and Hunslet Road frontages where architectural treatment can be seen as “handsome” with bay windowed, stone dressed façades. 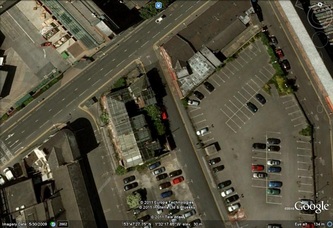 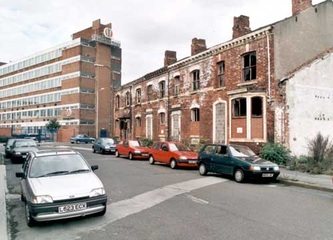 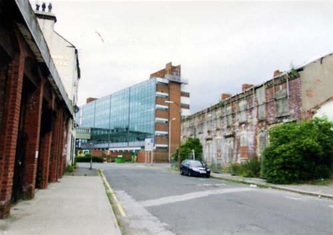 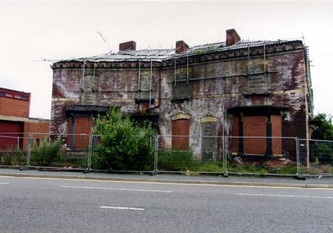 Building Description
Two storey brick built buildings with a Welsh blue slate hipped roof, moulded brick eaves and gutter brackets. The 2 houses extend around the corner and have subsequently been given separate addresses on those façades. No.16 (right) has an off-centre 4-panel door with floral decoration to keystone and a large canted bay window. Right return, now No.35 Hunslet Road still has the original main entrance, stone porch composed of columns with carved capitals and decorative brick panels below the window sills. No.18 (left) the front wall is carried round to the side in a carefully built curve with the principal entrance door with Tuscan columns carrying consoles frieze and cornice still remain. Left return, now Nos 2 & 4 Sheaf Street: central door with floral decoration to keystone, a tall round-arched stair window above with dropped keystone and carved impost blocks retains etched glass and coloured margin lights.
The interior of the properties contains the original plaster ceiling rose and cornice. No.18 was the office of W. Nicholson and Sons*, the main room being the panelled board room, until c 1985. It is likely that the houses were sub-let as 2 properties soon after construction, hence the additional addresses; they do not appear to have been partitioned up inside.
Current State – October 2009
The building is supported by scaffolding and has a temporary roof of metal. All the windows are bricked up which at least makes the building secure. The house shows signs of very heavy water penetration and is covered in growing plants. There are no remaining gutters and great chunks of masonry missing along the roofline. The building has many severe cracks and holes. The soft stone carvings above and below the windows are eroding badly with great loss of detailing. Any remaining wood, e.g. bay windows is rapidly rotting away.
Current Owner
The building is currently owned by Carlsberg Tetley.
(Information source: Leeds Civic Trust)

Being eroded by the weather and time..

The above pictures were taken on my visit to the site on a sunny day in August 2011. The ones below summarise the progress over time.... 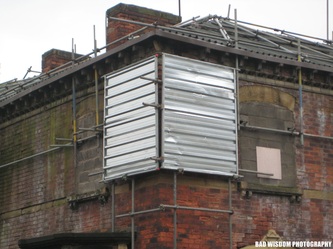 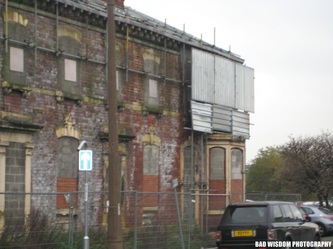 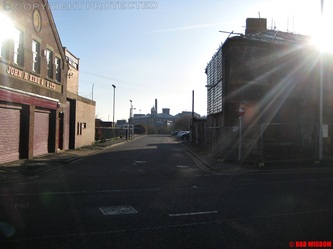 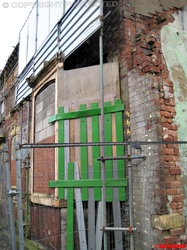 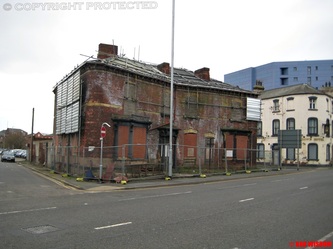 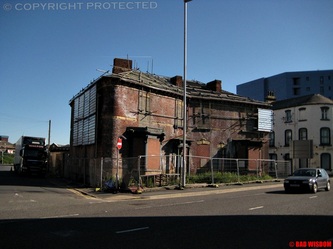 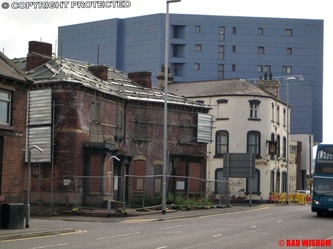 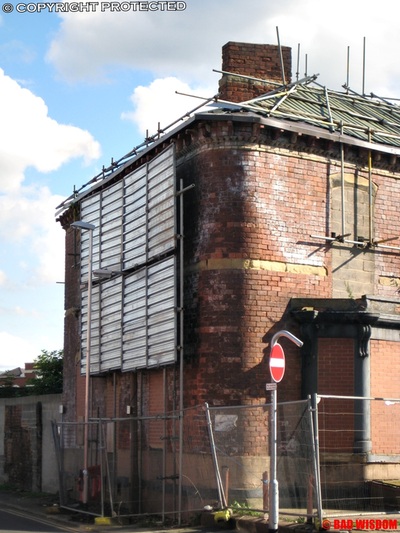 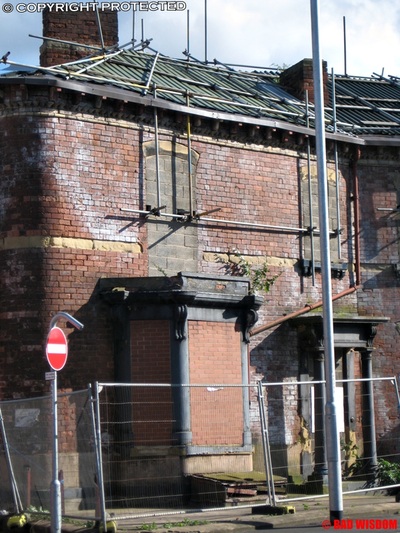 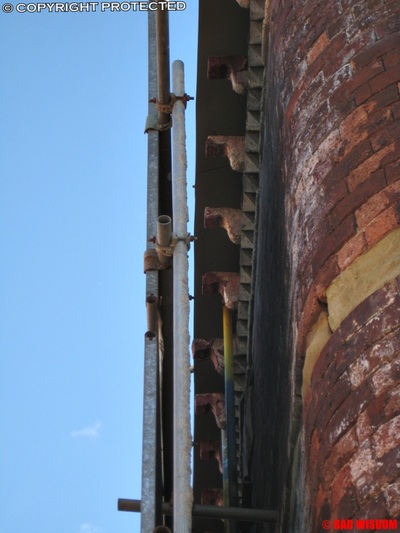 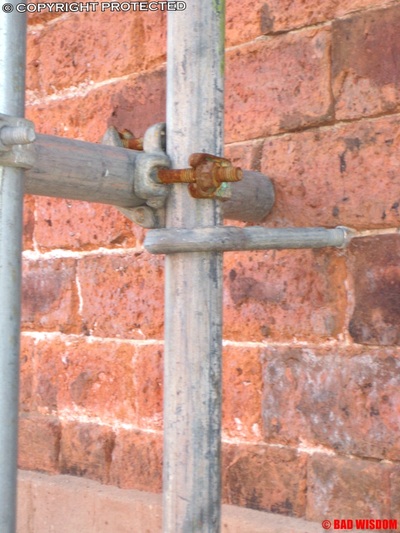 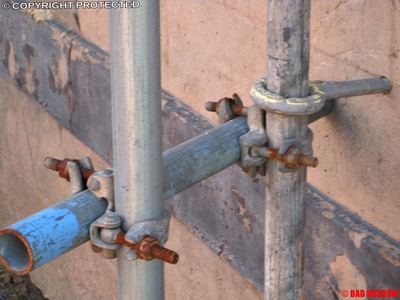 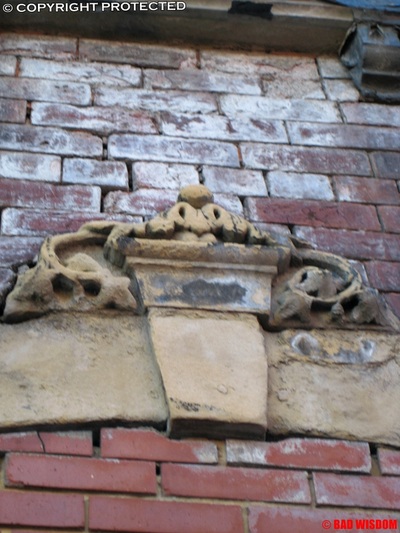 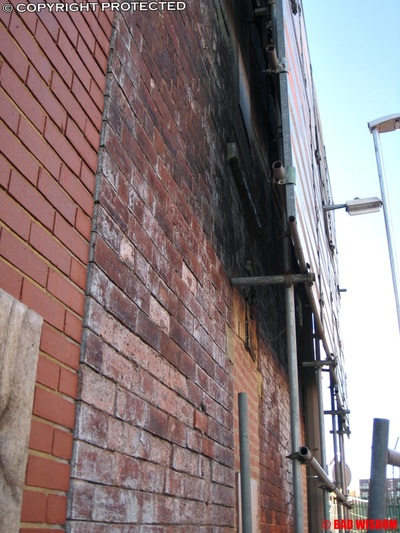 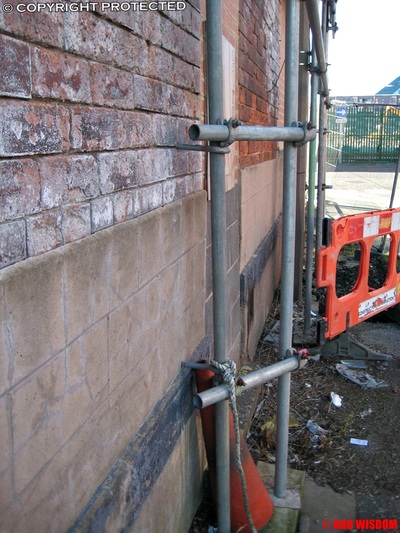 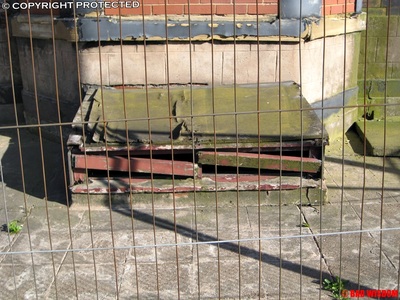 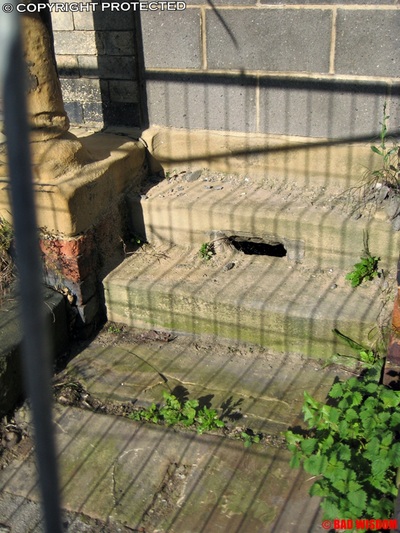 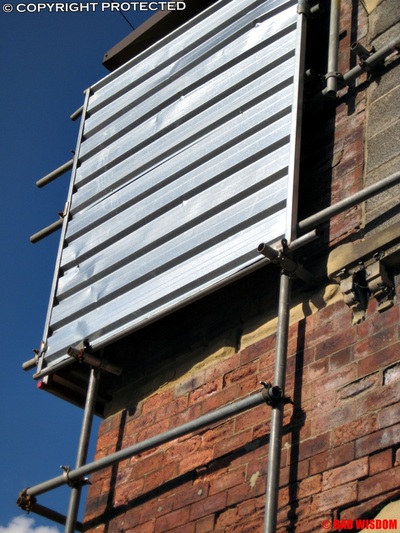 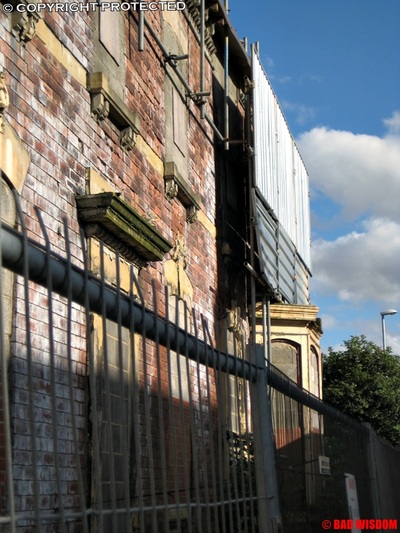 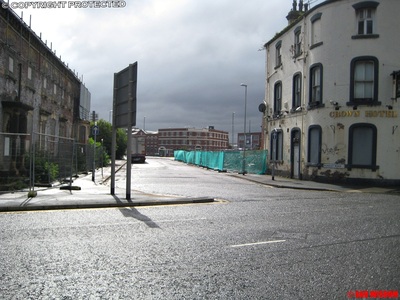 * (A very old established and well known Company called William Nicholson's Bank Fitters used to be on Sheaf Street which runs down the other side of the houses. It used to be said that if you served your apprenticeship at Nicholsons you could get a job anywhere in the trade.
An employee of this company died in January 2005 as a result of mesothelioma, an asbestos related disease.  He developed the disease whilst working as a shop fitter and joiner for William Nicholson & Son (Leeds) Limited and William Nicholson and Son Limited between 1966 and 1974. He worked in a factory where asbestos sheets were cut using a machine saw. The process caused asbestos fibres and asbestos dust to rise up into the atmosphere and into his breathing zone. He was not provided with any respiratory protection and as a result was exposed to asbestos dust which resulted in his illness.)